Sorry folks – this was meant to be posted on Monday. But sadly, some serious doody hit the fan at work. Metaphorically speaking of course.

While the dust hasn’t cleared yet (and my veins on my forehead are still bulging out, according to a very wary BK)…some very happy news cropped out. Which I want to share to you guys. ‘Cause again, I’m all for sharing the wealth.

What’s the great news you ask? Well…the folks at 3StarStudioArts released the following kit. And I’m so &%@!@* excited! 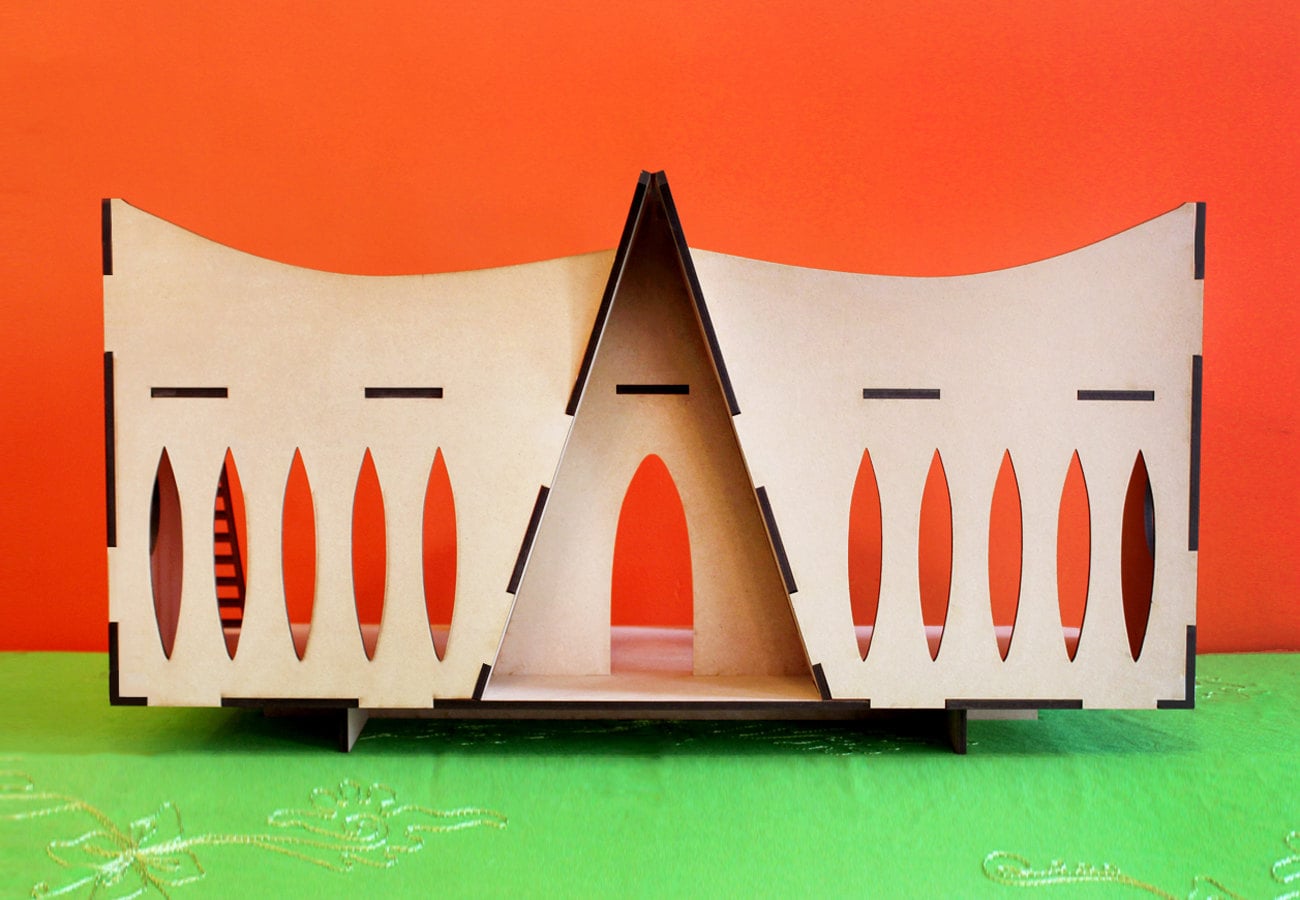 The Tiki Bird House
Photo used with permission by 3StarStudioArts

Mme KP sent an email out announcing its release this past Sunday, but I didn’t get a chance to sit down and read the fanfare until later that evening. Which was perfect timing in retrospect – especially since I made the mistake of checking my work emails and seeing what has essentially become a meltdown of sorts. But I’m not gonna go that route — let’s just say I looked at my work email, gave them the mental flying birdie, then went back to Mme KP’s email so I can wrap myself with happy/giddy thoughts.

So back to the kit. For starters, the 3StarStudios teamed named the kit “The Tiki Bird House”. The official description of the kit says that the kit was “….inspired by majestic thunderbirds, Native American tipis, A-frame cabins, surfboards and the flair of glorious polynesian buildings.”

I can definitely see the polynesian features, while the middle component definitely screams A-frame (*swoon*). I was initially puzzled by the majestic thunderbird reference until I saw the photo showing the upper part of the house. Then it made total sense (and many apologies for the dim bulb moment on my end, that’s for sure). 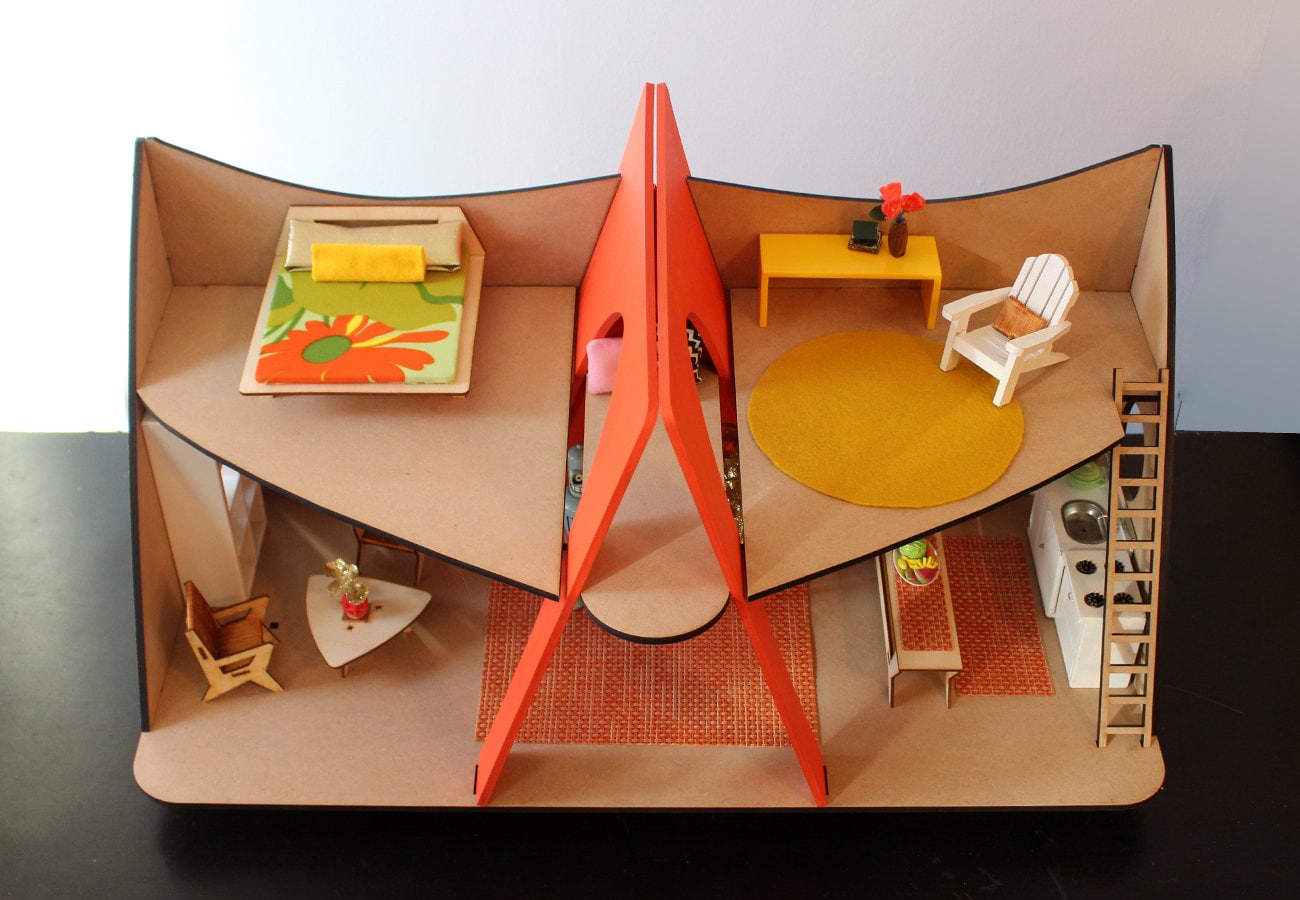 Don’t laugh folks, but when I saw the word thunderbird, I immediately thought of that puppet action show from the 1960s “Thunderbirds are Go!”. Granted, I wasn’t even in existence when this came out….but I recalled seeing this on weekday afternoons and being fascinated by it to no end. Though the way the eyes move kinda creeps me out…

(sigh) Alrighty, time to get off the time warp and chair, and onward to the review!

What I loved the most about this kit is the interior. The rooms look generous in size, and the rooms within the A-Frame section call for an interesting challenge in decoration. BK and I had a good time deciding on the photos whether it’s really 4 rooms or two rooms with two roof terraces. The ladder’s a nice touch too (but you all know me — that’ll go in my pile of spare parts). 😀 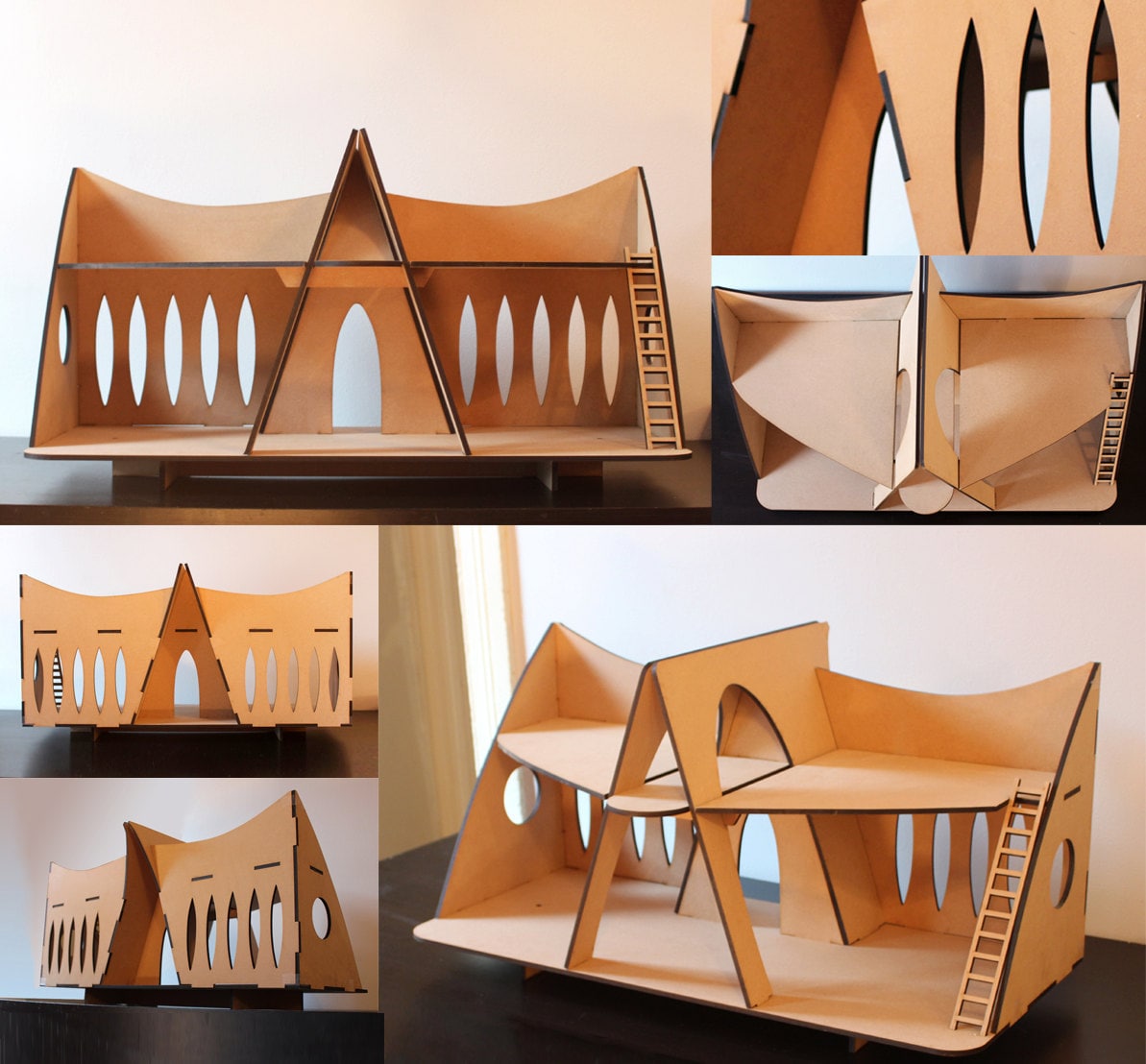 The Tiki Bird House
Photo used with permission by 3StarStudioArts

But here’s the best part — you’re probably wondering what scale this kit can accommodate? Is it 1:12? Maybe the 1:16 scale? Half scale? The correct answer is — all of them! Even one of the members of the 3StarStudioArts team graciously provides a demo (it’s a plus that like the ARC, this is something even the kids can play with). The 1:12 and 1:16 scale works really well with the kit’s overall structure. For half scale, it gives the appearance of a house with really high ceilings (and really show off the big windows on the first floor. Talk about delicious mod goodness). 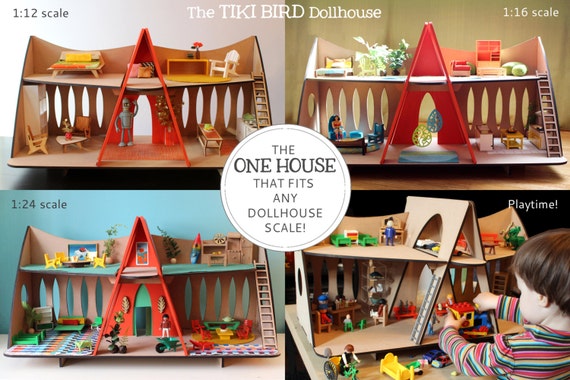 How the different scales look
Photo used with permission by 3StarStudioArts

So the kicker question is: did I get this? Well…yeah, I did. But to justify, I did get my tax refund back early (as I tend to file pretty early in the year out of habit). So…I’m going to consider it as my victory gift. I’ll figure out where to put it once it’s been constructed — based on the description, the house comes out to about 29 inches long x 16 inches high x 15 inches deep. So it’s a good sized house. As for the material, 1/4-inch MDF is used – which I’m intrigued about (no I haven’t thought about kitbashing this yet).

If anyone else has ordered this kit…do share! I’d love to hear folks thoughts and what they opted to do with the kit. I’m still deciding on what to turn mine. I could go for another modern house/villa, but a museum or even a nightclub came to mind….

But for now…I’ll have to wait for this baby to arrive while I start working on the DCC. Reserving that for the next post!

One thought on “New Project to Add to the Queue….and That’s Okay”